/ About Us / Our Parish Cemetery

St. Innocent Orthodox Christian Cemetery is founded as an expression of our Christian love for one another. St. Nikolai Velimirovic, in his homily for the Sunday of the Myrrh-bearing Women, poetically writes:

"Man is sublime when he cares for the living; Man is more than sublime when he cares for the dead. A man often cares for the living out of selfishness. But what selfishness can there be in a man’s caring for the dead? Can the dead pay him, or express their gratitude? Some animals bury their dead; giving them to the grave, they give them over to forgetfulness. But when a living man buries a dead one, he buries a part of himself with the dead man and returns home carrying a part of the dead man in his soul. This is especially clear – terribly clear –when a kinsman buries a kinsman, and a friend a friend. Death has one characteristic in common with love: it, like love, works a profound change in many that experience it and go on living."

As Orthodox Christians, we care for the human person from the womb, to and even in, the tomb. As a holistic incarnational faith, our concern is for people’s bodies as well as their souls. We hope that our cemetery will be a ministry to the living and the dead. To the young and full of life it will be a place to visit their loved ones who have passed. To those in the process of dying, it is a place of rest where they know they will be prayed for, visited, and remembered. A burial ground on Church property expresses the unity of the One Church, composed of the living and the dead, as they “look to the Resurrection of the dead and the life of the world to come.”

Helpful Resources for Death and Dying

A Gift for my Loved Ones
This package contains everything necessary to know should one become disabled or incapacitated and unable to make decisions on one’s own.  It includes a Health Care Power of Attorney and Advance Directive for Health Care—Living Will

Another Gift for my Loved Ones
This package contains everything necessary to know to arrange a funeral and burial—an Advance Directive for Funeral Care.

Additional Resources - In preparation for dying, death, and burial
courtesy of St. Nicholas Church, Portland, OR 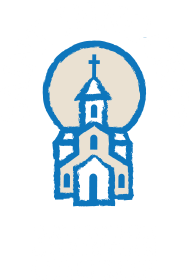